This site is inactive as of February 2020. For updated information on an initiative's work, please refer to their own website as listed in their contact details.

Recognizing that humanitarian and development actors, governments, non-governmental organizations (NGOs) and private sector actors have been progressively working better together to meet needs for years, the New Way of Working aims to offer a concrete path to remove unnecessary barriers to such collaboration in order to enable meaningful progress.

The New Way of Working can be described, in short, as working over multiple years, based on the comparative advantage of a diverse range of actors, including those outside the UN system, towards collective outcomes. Wherever possible, those efforts should reinforce and strengthen the capacities that already exist at national and local levels.

A collective outcome can be described as the result that development and humanitarian actors (and other relevant actors) contribute to achieving at the end of 3-5 years in order to reduce needs, risk, and vulnerability.

Former UN Secretary-General Ban Ki-moon and the heads of UNICEF, UNHCR, WHO, OCHA, WFP, FAO, UNFPA and UNDP, with the endorsement of the World Bank and the International Organization for Migration, signed at the World Humanitarian Summit a "Commitment to Action" document, in which they agreed on a New Way of Working in crises. Its aim is not only to meet humanitarian needs, but also to reduce needs, risks and vulnerability over time. Additionally, in 2016, through the Stockholm Declaration, members of the International Dialogue on Statebuilding and Peacebuilding, including NGOs, OECD INCAF member states and the United Nations also committed to "advancing the Agenda for Humanity, as a way to transcend the divide between humanitarian and development actors to achieve collective outcomes supporting the implementation of the 2030 Agenda in fragile and conflict affected contexts."

Since the WHS, a number of high-level and regional events in Copenhagen, Istanbul, Dakar, Entebbe, New York have brought together NGOs, bilateral donors, the OECD, UN agencies, regional development banks and the World Bank in dialogues on how to operationalize and finance collective outcomes. The UN-World Bank partnership agreement of 2017 reflects the commitment of the two institutions to advance the New Way of Working. In 2018, through the establishment of the Joint Steering Committee on Humanitarian and Development Collaboration chaired by the UN Deputy Secretary-General, as part of the UN Development System reform process, the United Nations has taken a significant step in bringing together its operational entities alongside with the World Bank to support country teams to advance in the process of articulating, operationalizing and achieving collective outcomes.

As agreed by partners on the Commitment to Action document, the New Way of Working is not about shifting funding from development to humanitarian programmes or from humanitarian to development actors — rather, it is about:

In order to deliver on this New Way of Working, the signatories committed to: 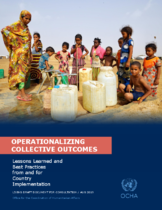 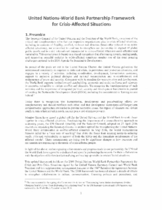 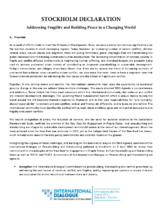 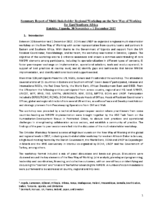 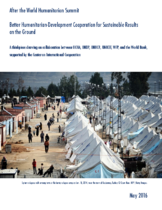 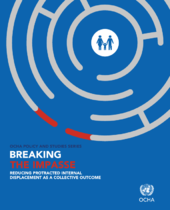 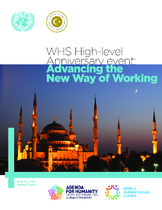 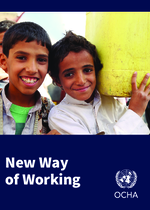 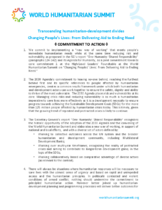